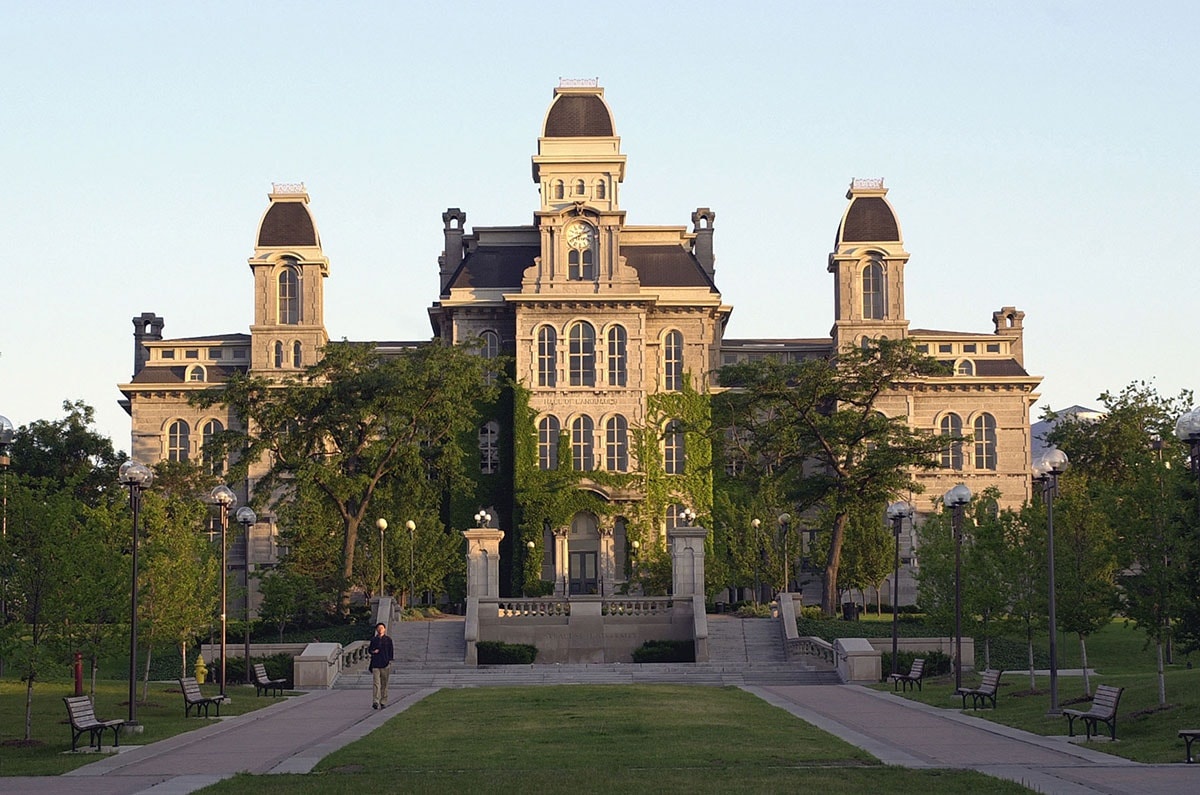 Home of The College of Arts and Sciences, the building was renovated in 1978, but retained its elegant exterior architecture. The Hall of Languages now provides classrooms that can accommodate 2,235 students and offices for many departments, including English and textual studies, philosophy, and religion.