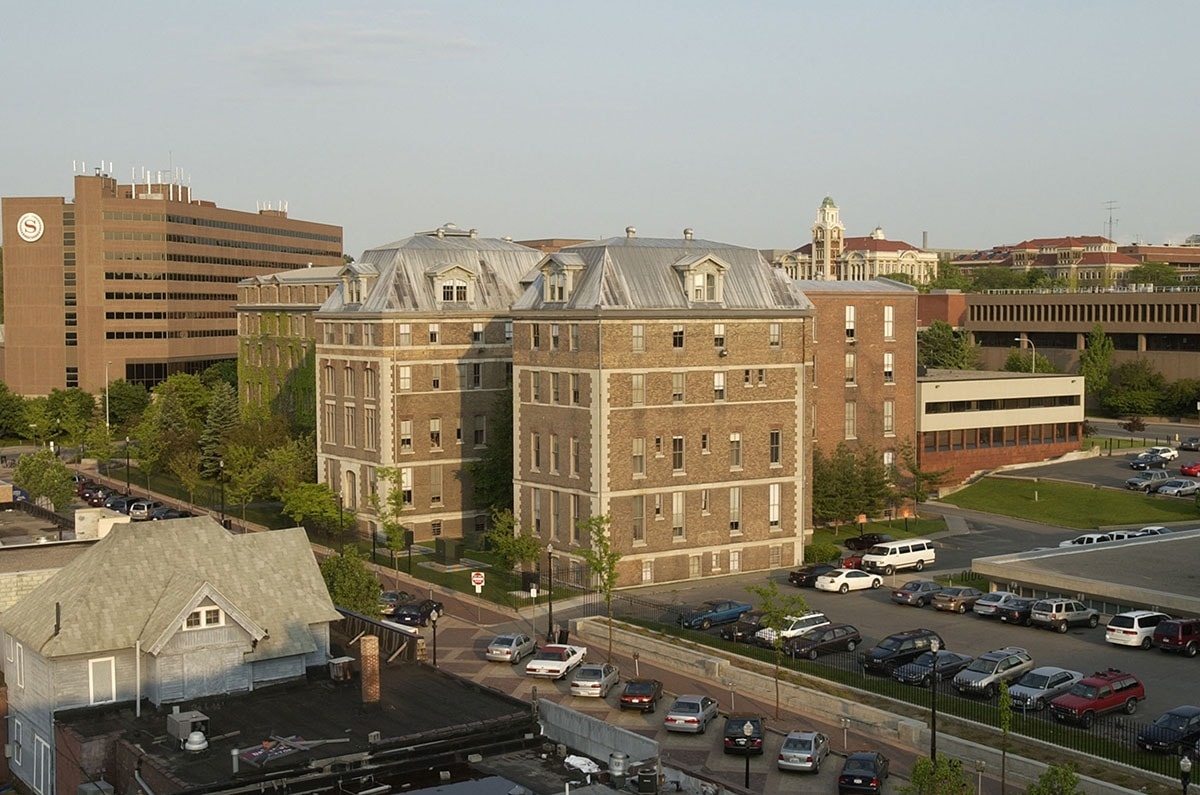 Originally known as the Hospital of the Good Shepherd, it was re-named Huntington Hall in 1964 to honor the late Rt. Rev. Frederick D. Huntington, former Episcopal bishop of the Diocese of Central New York and the founder of the hospital. After patients and staff moved into the new State University Upstate Medical Center Hospital in 1966, the building was converted for academic purposes. A major renovation begun in 1982 moved the building’s entrance from Marshall Street to University Avenue. Iron gates which previously topped the seating area at Archbold Stadium were erected between Huntington Hall and Marshall Street.