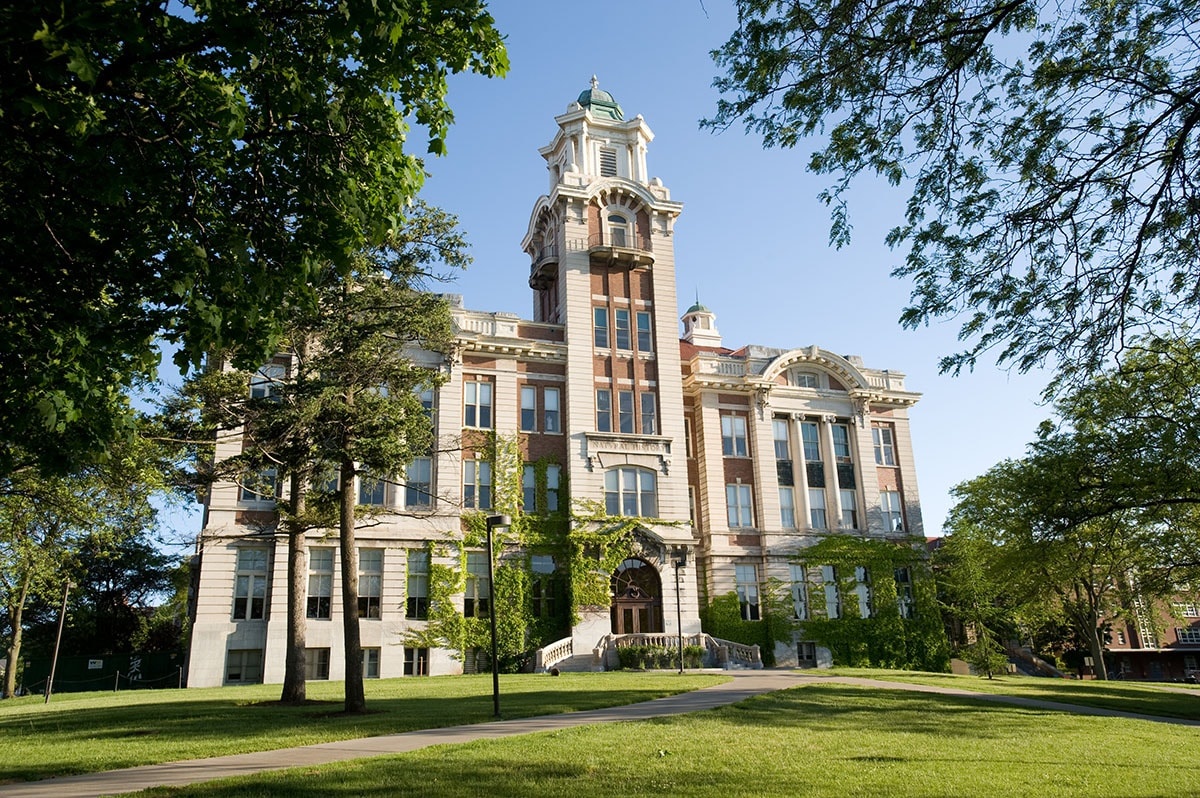 Originally occupied by the Departments of Biology, Botany, Geology, Zoology, Psychology and Geography, in 1930 the fourth floor was remodeled and made into the Natural History Museum bringing together the various museum collections previously distributed throughout the building. On January 11, 1937 a loud explosion was heard from the lab of Dr. Ernest Reed and shortly thereafter a fire was reported on the fourth floor of the building. The fire destroyed the top floor and the roof of the building as well as many of the valuable museum collections and research materials of a number of professors and graduate students. Possibly caused by an unattended gas burner igniting lab equipment and the resulting fire reaching stored photographic film and gun powder, fire damage was estimated at $79,000. By the start of February, the building was once again open for classes; it was completely restored by September of 1937.