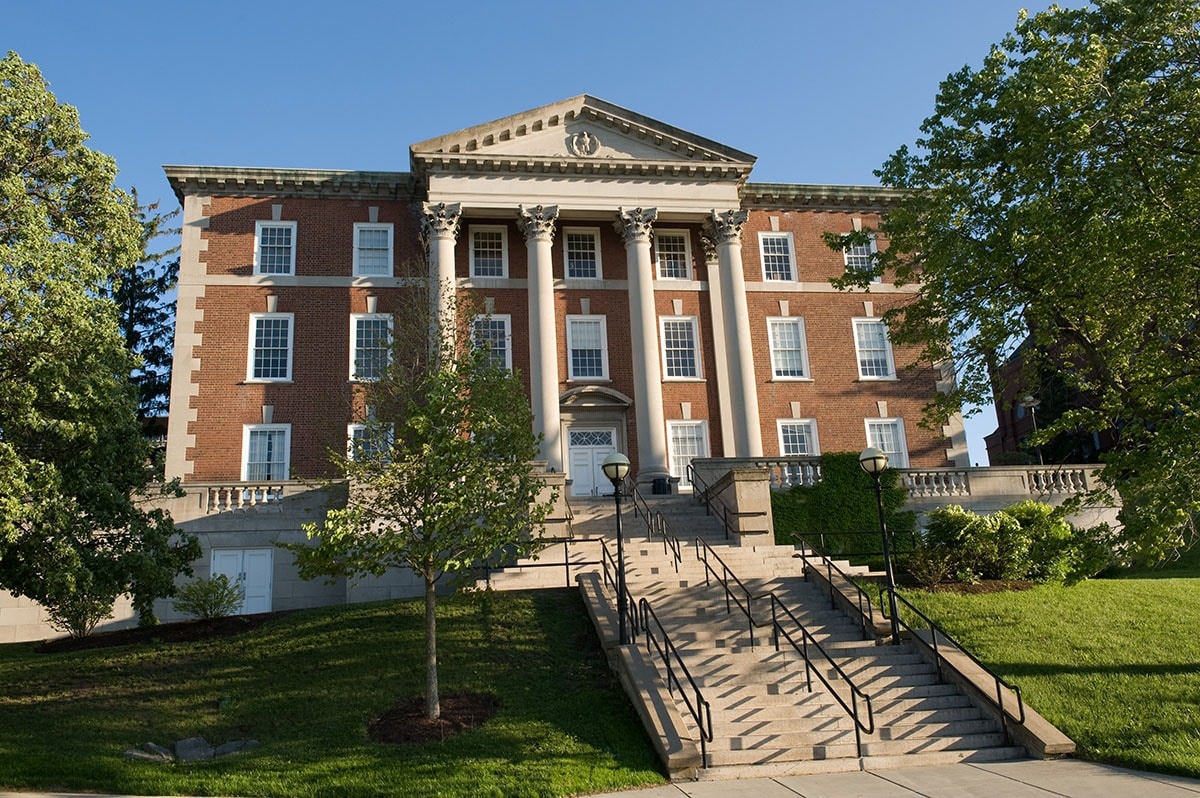 George Maxwell had approved the building plans prior to his death. Maxwell Hall was built in the colonial style to conform to the 50-year plan building development program outlined for SU by Pope and Baum in 1927. Ionic columns, dark terrazzo flooring, a replica of Houdon’s life-size figure of George Washington, and an inscription on the wall of the Athenian “Oath of Citizenship” distinguish the 40 x 70-foot foyer. There are two original main entrances, one facing north and the other facing east. Maxwell Auditorium, a deeply sunken 200-seat semi-circular forum is at the core of Maxwell Hall. In the 1990s faced with a need for more space the Maxwell School undertook a renovation of Maxwell Hall, which was completed in 1994. In addition, Eggers Hall, was built/completed in 1993 and links to Maxwell Hall via a public atrium.