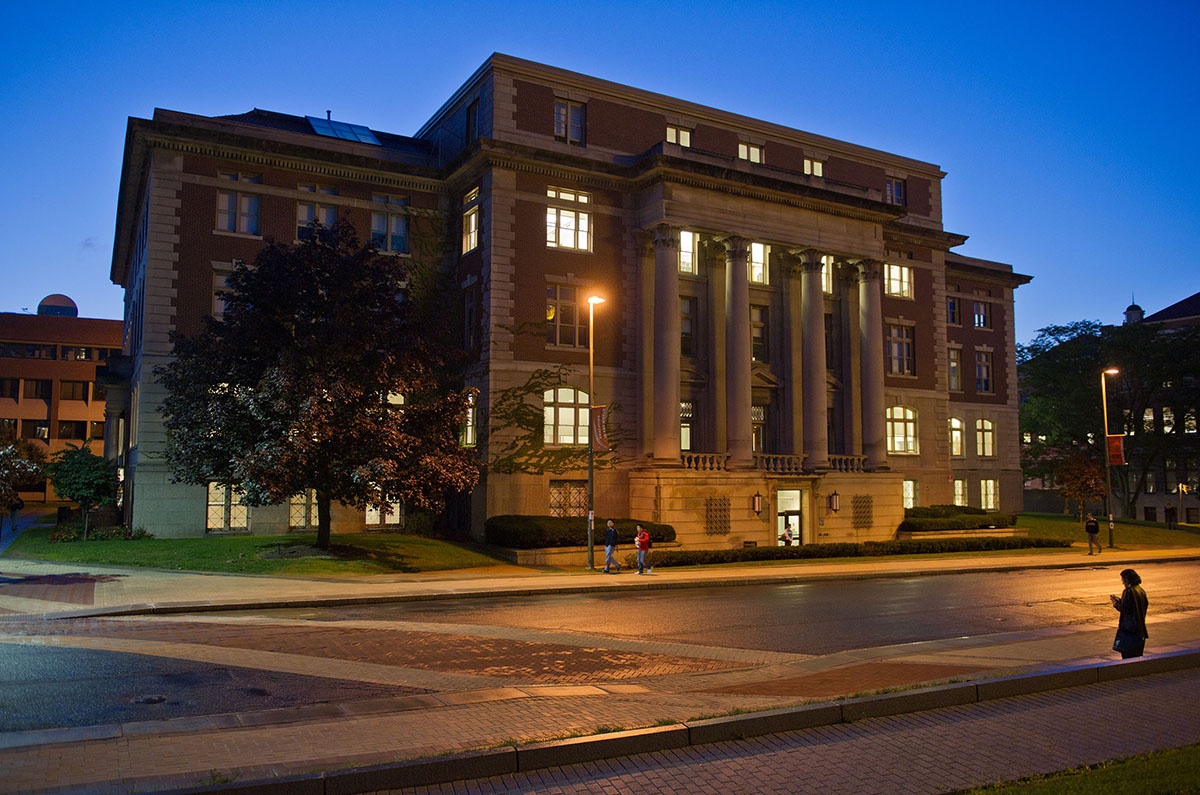 Construction began in April 1916 but due to World War I and labor shortages it was not completed until October 1918. When officially opened in 1919, the Architecture Department of the College of Fine Arts shared the building with the Joseph Slocum School of Agriculture, as well as the School of Home Economics and the School of Business. Over the years, the building underwent a series of changes, most notably losing its monumental entry stair, its original auditorium, and the closing of its central atrium. In 1953 the lettering “The Joseph Slocum College of Agriculture” was removed from the facade facing College Place. In 1968, the stairs at the College Place entrance were removed during the construction of Link Hall; they were replaced with new doors and walkway.

Renovations begun in 1976 by Werner Seligmann, then Dean of the school, reopened many spaces and included a reading room, exhibition gallery, and offices for the School of Architecture. A multi-year renovation begun in 2006 enhanced and restored the building’s original qualities while updating it technologically, functionally, and aesthetically. The central atrium was reopened and sections of the bearing walls were removed to allow pathways for natural light and ventilation, increasing the building’s energy efficiency. Only about 25% of the building was air conditioned as the reopening of the original spaces allowed for natural air flow to cool the building as it was originally designed. A new auditorium and gallery were installed with expanded space for studio, research, and offices.