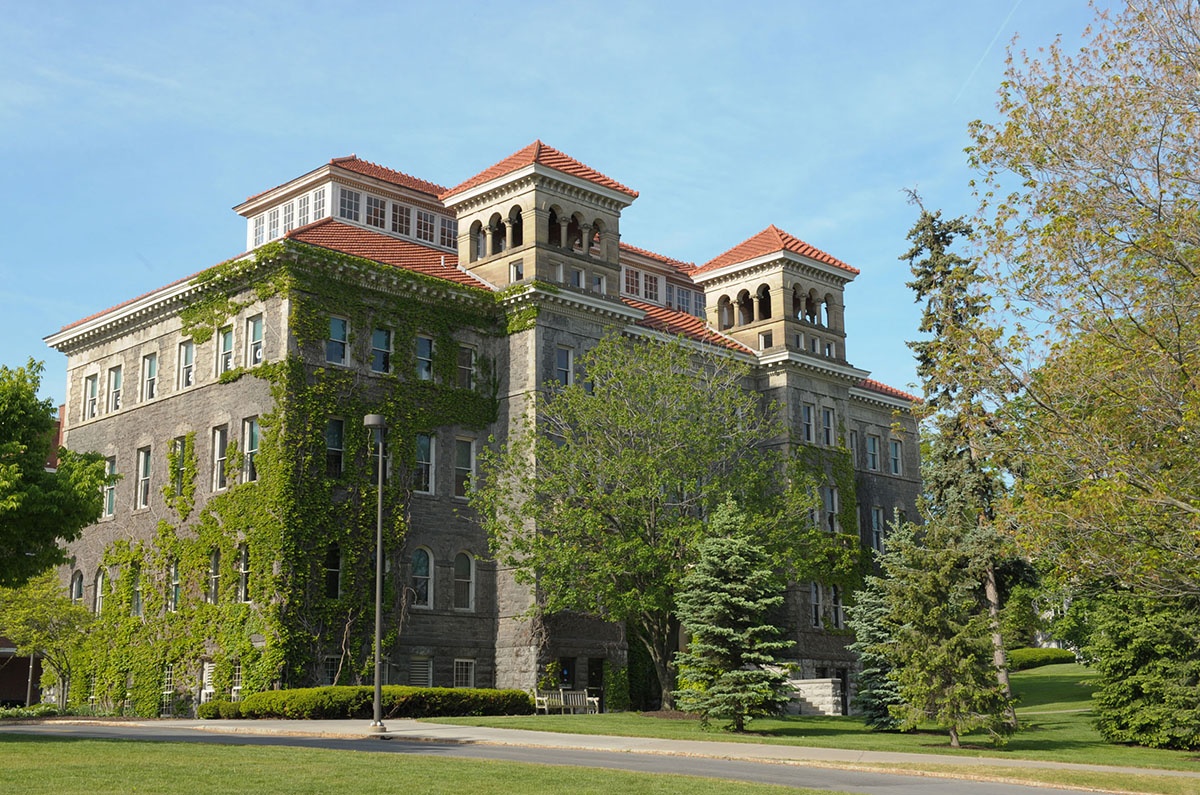 The site for this building was chosen with the idea that in the future other buildings would be needed to house all the equipment and students in Applied Science. It was located to make possible a quadrangle in the rear on which similar buildings would face. L.C. Smith paid for the grading for the grounds around the building and the planting of a number of trees. He also suggested a winding road from University Place to the Smith Hall to “increase the distance effect.” In the fall of 1901 the Lyman C. Smith College of Applied Science formally entered its new home on campus, eventually offering degrees in civil, electrical, and mechanical engineering. When the building was first occupied the basement housed laboratories, machine shops were on the first floor, a library and class rooms were on the second, and offices and class rooms were on the third. The top floor consisted of a large drafting room. When Machinery Hall was erected in 1907 the first-floor machine shops were moved, and the space converted into offices, class rooms and drawing rooms. After a number of renovations, the Department of Design shop area was enlarged and new machinery added.