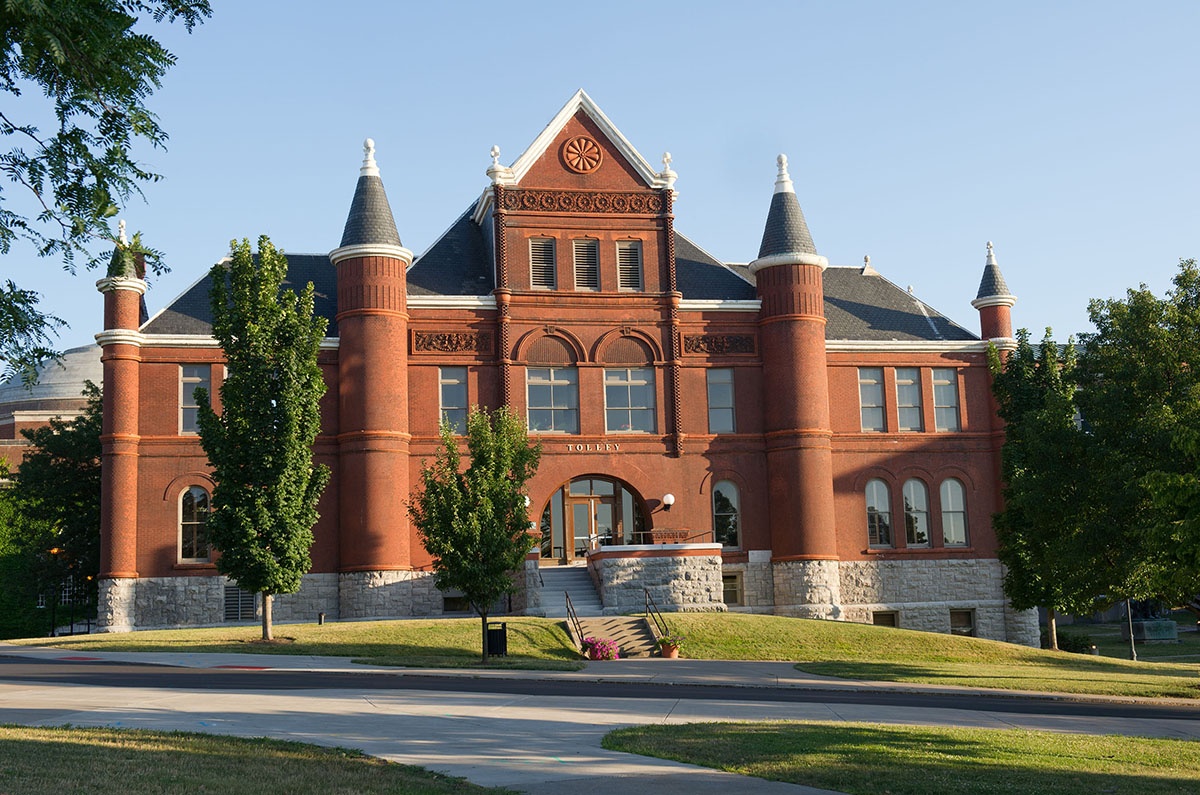 The Library Building Committee initiated plans for a new library during the 1887 commencement ceremonies. The building was erected to house the library collection of German historian Leopold von Ranke, purchased for the University though the generosity of the Rev. and Mrs. John M. Reid, former president of Genesee College and trustee of SU from 1888 to 1896. Dr. Reid purchased the collection in 1887 with the condition that a library be built to house it.

In 1903 the west wing was added. In 1907 the library collection was transferred to the newly opened Carnegie Library and the building was remodeled and renamed the Administration Building, housing the offices of Chancellor, Treasurer, Registrar, and other administrators. The first cafeteria was located in the basement of the building.

In 1985 the building was rededicated to former Chancellor William Pearson Tolley. The Tolley Administration Building housed the Offices of the Chancellor, Vice Chancellors, and many of the Chancellor’s immediate support staff until the fall of 2005 when they were relocated to Crouse Hinds Hall.

In November 2003 the building’s roof was lifted and suspended 1/16th inch above the walls, held in place by eight steel towers that also support the building’s walls. Repairs were also made to the foundation. Additional renovations in 2006 created faculty offices, seminar rooms, classrooms, a lecture hall and social spaces for visitors. The renamed Tolley Humanities Building was rededicated as the Center for Public and Collaborative Humanities, hosting humanities classes, seminars and campus organizations